May 2016. A month I have a permanent reminder of as I live with the significant events of it day in day out. Marriage was of course the main event. I wear a ring and try not to throttle my husband day to day and do his laundry and all the nice housewifey stuff.

I do it all sometimes with a smile and a singsong, and always with an enormous scar/recurring wound on my arm. Usually bandaged, but occasionally not. 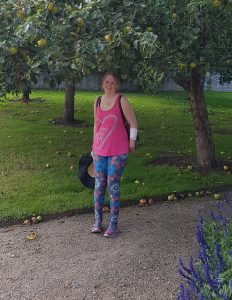 Self-harm. My one and only self-inflicted injury that has warranted an A&E visit. I won’t divulge how I caused the damage, as I am not writing this to encourage anyone to get to the same position I’m now in, 2 years down the bloody line. God, no. All anyone needs to know is that it was not worth it – and THAT is why I am writing this. It’s something I have largely kept to myself because it causes me deep humiliation. I know I was dumb. I know I was stupid. I know I could have caused so much more damage or even risked my life.

I don’t need to be told it, or for people to glance at my arm then look at me reproachfully. I have to live with it and look at it 24/7 and the humiliation is quite enough for me without adding the shame others feel over it to the mix. I know you are ashamed, because I am overflowing with it myself.

In the moment I caused the injury, I loathed myself. I was not trying to kill myself: I will be very clear on that. I was dealing with a complex, difficult array of emotions over a situation I was not in that point equipped to handle, and that in that moment I could only see release in hurting myself. I wanted to keep it hidden. Unfortunately the damage was unprecedented, and as I said it ended in A&E. But coming back to “the  moment”, and the emotions I was dealing with. I was mortified and humiliated to be me – this was even before I did the deed! – and I was frustrated with my useless fucking body not being able to do the things I could do a few weeks prior. Lupus (and, as I now know, fibromyalgia) is a shitty hand to be dealt. One day you can do it all. Another day you can do fuck all. That alone is a beastly thing to get your noggin around. I was only just learning how to try to walk that path.

Not only that, I was angry. I was angry with my husband. Irrationally so. Christ, he’s lucky not to have to worry about his body failing him, I should be thrilled! But in that moment I was angry that I had been dealt this hand and that he had no idea what it was like to live with a body you cannot fully control or predict. And it was around that time that the tables turned. He came into his own and I totally lost my own. In fact, as I sat in the car hurting myself, he stormed into the final of his first official Ninja Warrior competition. He did his final run and won it after having bandaged me up temporarily, and I had dragged my humiliated face back in to the venue to support him and film his final winning run. Well, it was the least I could do given we would then be heading straight for Leicester A&E. The shame. The selfish, lame, piteousness of it.

The thing is, and it is very complicated for me to comprehend let alone to explain…I wasn’t angry with him or at him. I was angry at myself because I didn’t know how to let go of my own utter failure and embarrassment and hurt in order to support him fully. To this day I struggle because I have the same battles against failure, except they’re even bigger…and his successes are so much bigger too.

How does that cut at the end of May 2016 relate to May 2018? I still have the cut. In A&E they glued and butterfly (sticky) stitched it up and put a plaster on it. We felt back then it needed stitches but the nurse in A&E disagreed…it was late, we weren’t going to argue against him, it was dealt with as it was. Soon became evident I was highly allergic to all kinds of plasters, dressings and tape on my skin. Once the dressing came off it was a fairly neat(ish) line, but it itched – mostly from the allergic reactions from the dressing but also the healing process – and as we have established I have little self-control, and I still hated myself and figured if I opened it up and made the scar worse I truly deserved nothing less. I think with the addition of the 2-3x day baths I was taking the skin softened and dried out in equal measure, increasing the thinness and itchiness, and I essentially kept reopening the wound. It would heal over in time, but I noticed that the scar was changing. It wasn’t a flat line any more. It was a big, lumpy, swollen mess of pinky-purpleness.

In September 2017 I had had enough, I knew it was a health issue that was more important than a continual I-hate-myself-and-I-deserve-this battle, I called up the doctors surgery, booked in with a nurse, and henceforth began twice weekly appointments until the end of December. A tissue viability specialist prescribed a steroid cream in December which, along with the dressings the nurses used (special combinations to minimise the allergy problem), finally closed the wound up. They also confirmed in September and December that unfortunately I had developed keloid scarring; rather than having a nice flat line of a scar around 5 inches long down my arm, I had a miniature mountain range 5 inches along the length of my arm. It happens when the skin basically overgenerates the materials needed for healing. Instead of sending in minimal tools to tie the skin together, it literally piled them on, over and over and over again.

The thing is, the skin on top of keloid scarring is wafer thin. So thin you can see through it. So thin a simple scratch can peel off the entire top layer of skin on my entire scar with no effort. I also have nerve pain in the scar – no doubt a combination of the damage from the initial injury and then the healing complications.

Without protection of a bandage, the scar itched and hurt…and so re-opened…it’s been open again for about a month or so, so I went back to the surgery this afternoon to start again, but this time with a date already booked at the Plastics department in the hospital to hopefully have the keloid scarring removed, and the skin stitched up. And then we hope for no further keloid development.

Was the self-harm worth it? That moment of irrational anger worth a lifetime of a reminder, of humiliation? No, it wasn’t. But, it was all I had in the moment. Self-injury is sometimes a cry for attention. Not the – “hey, look at me!” kind of attention, but the loving kindness, non-judgemental, I’m-really-struggling-here kind of attention. So yes – it was that too for me back then. Self-injury is also a common coping technique when faced with complex or unwanted situations or emotions: sometimes the physical pain is needed to distract the brain, or to release pent up emotion that you don’t otherwise know how to release. It doesn’t “work” per se, of course I would never recommend it…but at the same time, there is a reason self-harmers find that the habit is ingrained deep in their brain and that it often crops up, even decades later, as an urge when the going gets tough.

Case in point: having returned home from my appointment to dress my arm, which in itself was delayed by far too long, I am doubly humiliated, ashamed, and devastated by my self-injurious behaviour. It not only impacts on me but on my loved ones and once again, I treated my beloved husband to a self-destructive wife. Not only did he have to share in the shame of me having to expose my arm and have me explain its history (in as few words as possible – I was almost beyond the ability to speak at this point) but in the half-hour wait in the waiting room, he had to put up with a wife who was pacing, shaking, taking very audible slow and deep sighing breaths, swigging Rescue Remedy more or less from the bottle, crunching an extra Diazepam tablet without water, biting and hitting at myself, and making my ears bleed. Not to mention lurking in the doorway of the surgery looking down at my feet, finger shoved in one ear to dull the sounds of the surgery which were overwhelming me, brain and body, as I couldn’t sit down any longer because I felt so strongly that I needed to leave, NOW.

For me self-harm has always been a culmination and a combination of difficulties.

That injury on my arm right now is a culmination and combination of those and more. The injury told the story of my shame, my embarrassment, my feelings of failure and humiliation and anger. The scar does not remind me of that. It forces me to acutely relive it every day. To hide it even from my husband, because to me, it is an abhorrent sign of my messed up psyche and it is, quite frankly, ugly to look at.

As a general rule, I don’t talk about my self-injury, let alone pick out one incident in particular. But, in order for people to understand something as searingly obvious as what I live with on my arm, sometimes it’s worth speaking up. 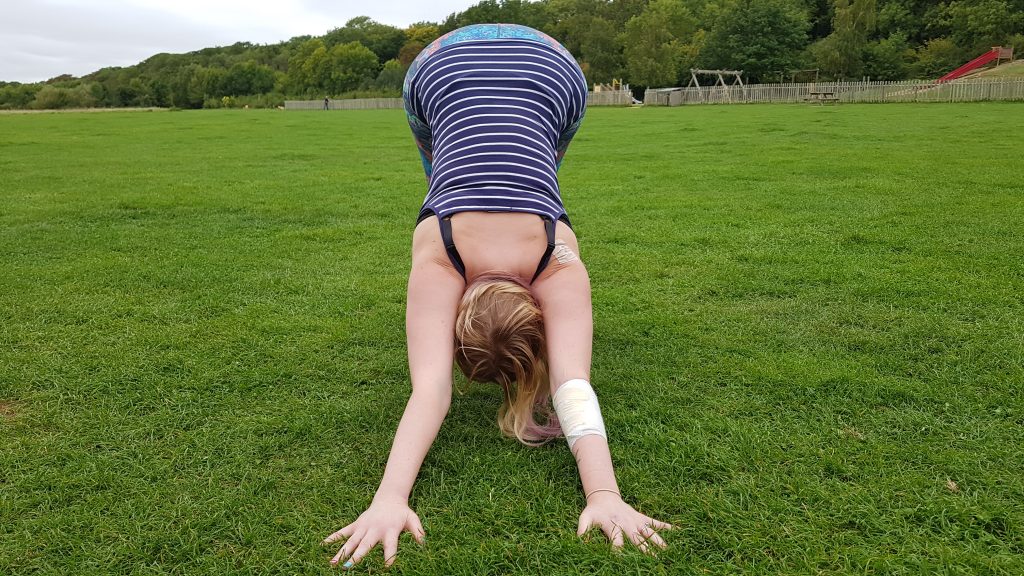